A Family Serving Families With Love, Dignity, and Quality Care

We can assist with cremation, funeral, burial, and graveside services.
With us, you can be confident that every detail of the service is managed by professionals whose main priority is your peace of mind.

Services Under Our Care

Ellis Mortuary’s current obituaries show the services entrusted to us. Our funeral home has had the privilege of serving families in Indianapolis, IN for more than 20 years. You can count on us to deliver hands-on assistance and support to put you at ease during your time of need. 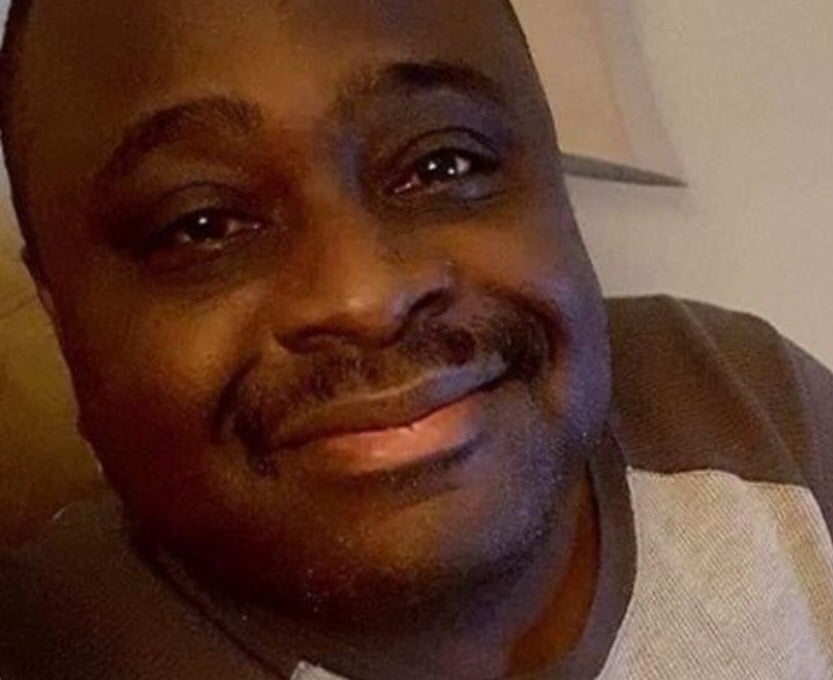 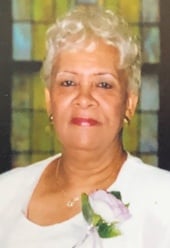 Anniece was born in Mount Bayou, Mississippi on October 25, 1932, to Artheola and Rebecca Hudson Westbrooks. Anniece was the third child of eight children.

The Westbrooks family migrated to Indianapolis, Indiana in 1938 when Anniece was just five years old. Anniece received her formal education in the Indianapolis Public School system, starting at school #24 in her early years and Crispus Attucks for high school.

Anniece was married to Leon Pipes on March 15, 1952. To this union they had eight vibrant children, five sons and three daughters. Leon and Anniece shared 55 years, 9 months, and 10 days of marital bliss before his passing.

At an early age, Anniece confessed Christ while attending New Light Missionary Baptist Church where she remained a faithful member until her health was compromised.

Anniece worked for Cummins Allison until she retired in 1995. In 1999, she took on the task of helping her daughter start up a daycare ministry for which she was the cook, “baby spoiler,” and disciplinarian all with the same wooden spoon. The daycare kids loved Grandma’s cooking, singing and enveloping hugs. She was the highlight of their day until 2016, when she decided to enjoy her retirement at home.

Anniece had an amazing green thumb and passion for gardening. She was known for growing pears, watermelons, leafy greens, and a plethora of vegetables. Her gardening skills not only fed neighborhood families, but also her love of cooking. Anniece made large family dinners every Sunday and lived for holiday gatherings with “all the fixins.”

At New Light Missionary Baptist Church, Anniece was found lifting her voice for the Lord in the choir and sharing her family recipes in the kitchen until her health begin to decline.

In her later years, Anniece was stricken with a heart condition. She departed this life in her sleep at home on Wednesday, March 11, 2020 at the age of eighty-seven years, five months and seventeen days. 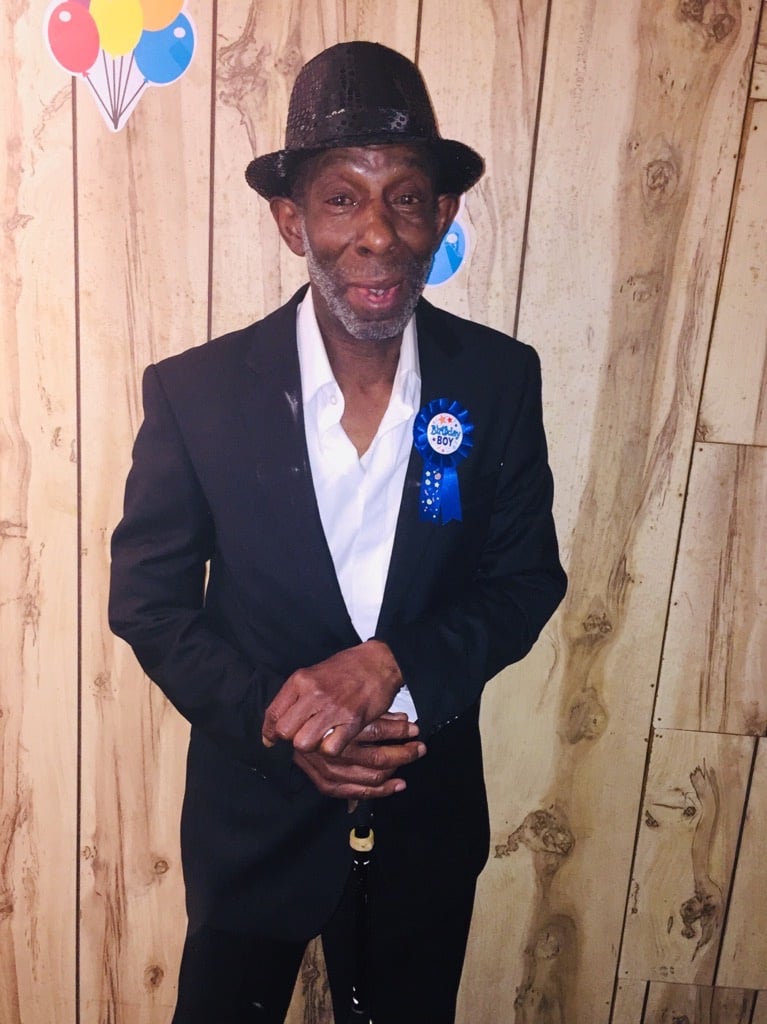 Derrick Hunt was born in Indianapolis, Indiana on April 28, 1957 to Mr. Aaron Lee Hunt, Sr. and Dorothea Helen Baxter. He was known affectionately as Derk and Derky (or the Derkster). Derrick attended elementary school #38 and junior high school #110.
He was a cool laid-back person. Derrick displayed great tenacity having been in a fire as a child and enduring years of burn therapy treatment but kept a great attitude. Another time he displayed great bravery when he fought off a dog so his siblings could run home safely. He endured a series of tetanus shots from this encounter.
Derrick was a 1975 graduate of Arsenal Technical High School. After high school he enlisted in the US Army where he served for 18 years in a signal unit as a teletype operator working directly under the commander of his unit. In the military, he traveled extensively across the United States and Europe. He especially enjoyed being stationed at Fort Campbell near Hopkinsville, KY where many of his Hunt relatives lived. Derrick also enlisted in the Indiana National Guard where he met his best friend Dwayne Smith. Following the military, Derky worked as a plating fabricator of car parts at a machine shop.
Derrick was a strong believer in Jesus Christ and was baptized as a youth at Trinity Baptist Church.
Mr. Derrick Leon Hunt departed this life on March 8, 2020 at the age of 62 years. He was preceded in death by his father and mother; brothers Lawrence Hunt, Sr., Ronald Baxter, Sr. and Gregory Hunt, sister Dorothy Jean King. He leaves to cherish his memory: 2 brothers - Aaron Jr. and Jeffrey Hunt; 5 sisters - Laeticia Wells, Dianne Gaines, Rita Rogers (Harold), Sherry Hunt and Kim Hunt, a host of nieces and nephews, great and great-great nieces and nephews, cousins, friends and special long-time friends Katie Summerhill and Dwayne Smith.
Derrick was much loved and he will be greatly, greatly missed.
Celebration of life services will be held on Monday, March 16, 2020 at 12:00pm at Overcoming Church, 2203 Columbia Ave, with visitation there from 10:00am. Burial will take place at New Crown Cemetery.
Treston L. Graves 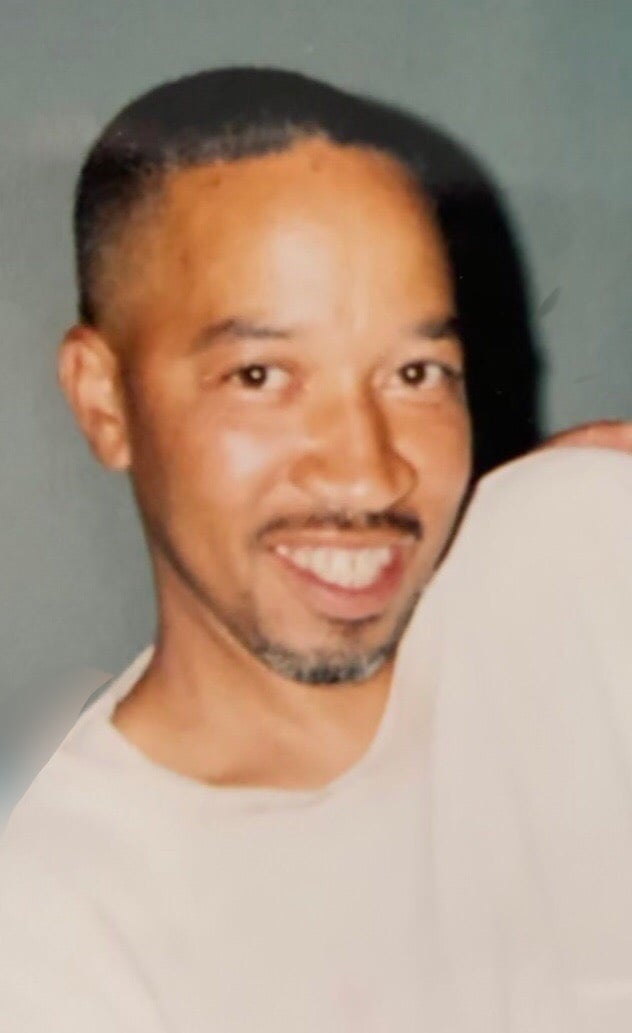 Celebration of Life services for Treston L. Graves will be held on Tuesday, March 10, 2020 at 12:00 noon at Friendship Missionary Baptist Church, 1301 N. Goodlet with visitation there from 10:00am. Treston was born in Indianapolis on September 23, 1968 to the late Gerald L. Graves and Carolyn A. Whitney. Treston attended Lawrence North High School and worked in Construction.
Mother Alma Jean Harris 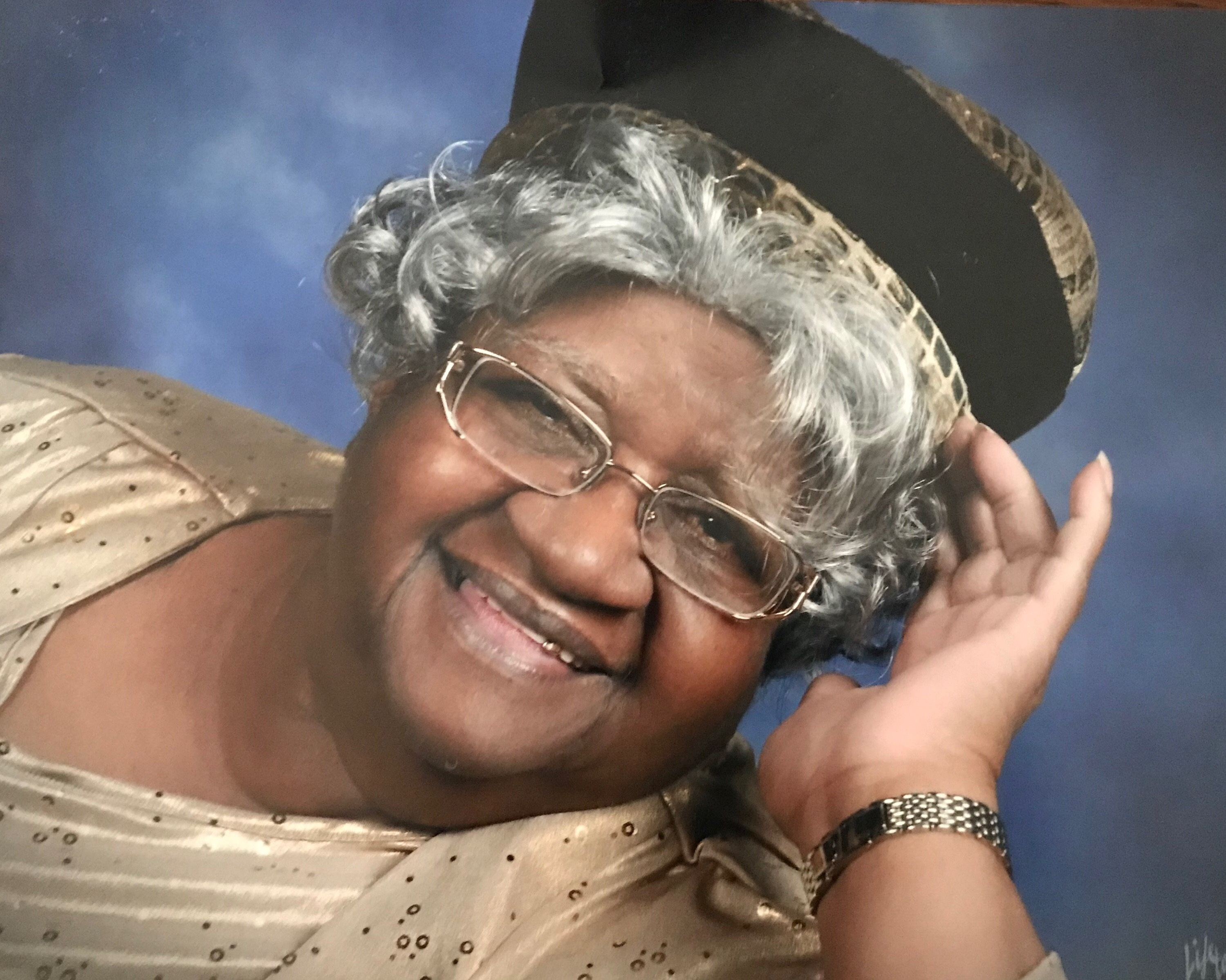 MOTHER ALMA JEAN HARRIS was a very active member at Bethesda Temple Apostolic Church. She was very much involved in the hospitality Committee and a very devoted member of the Sunday School department. 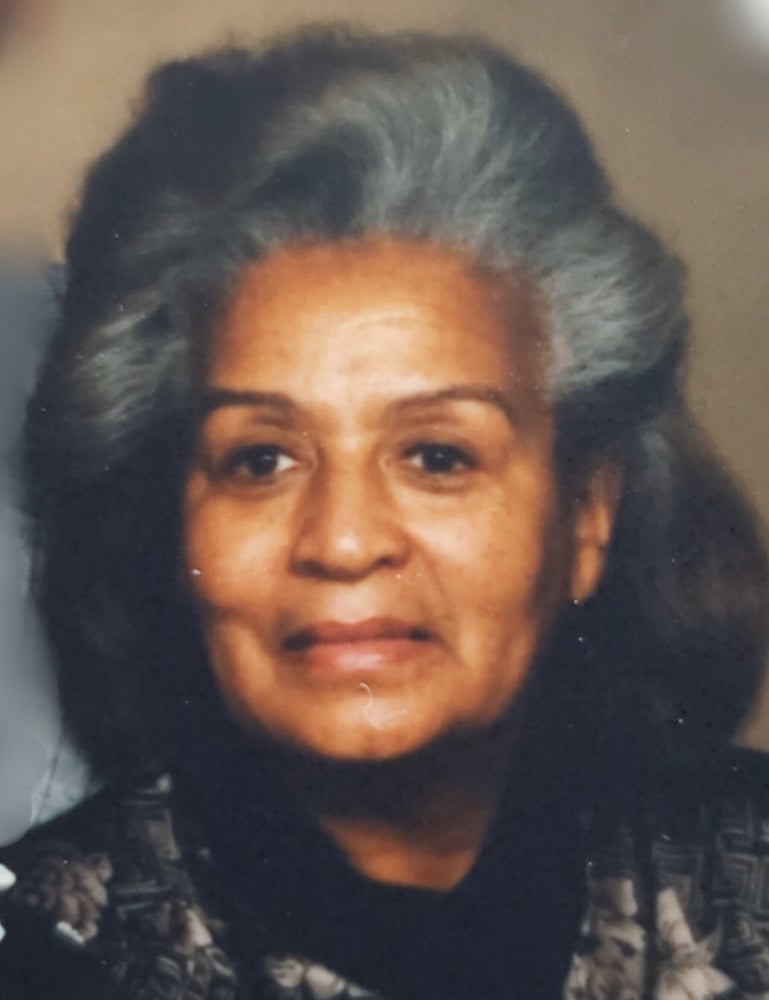 The Celebration of life services for Willie Mae Peters will be held on Thursday, March 5, 2020 at 12:00pm at Christ Church Apostolic, 6601 N. Grandview Drive. Willie Mae Peters was a Charter member of Christ Church Apostolic. and a retired nurse and veteran of the US Air Force. Visitation will be held at the Church from 10:00am until service time. She is survived by her children, Gwen Peters- Hartdige, Gregory Peters, Michael Peters and Thomas Peters; 12 grandchildren and a host of other family members. Burial will take place at Washington Park Cemetery. Final arrangements entrusted to Ellis Mortuary.
Denvor Marie Jones 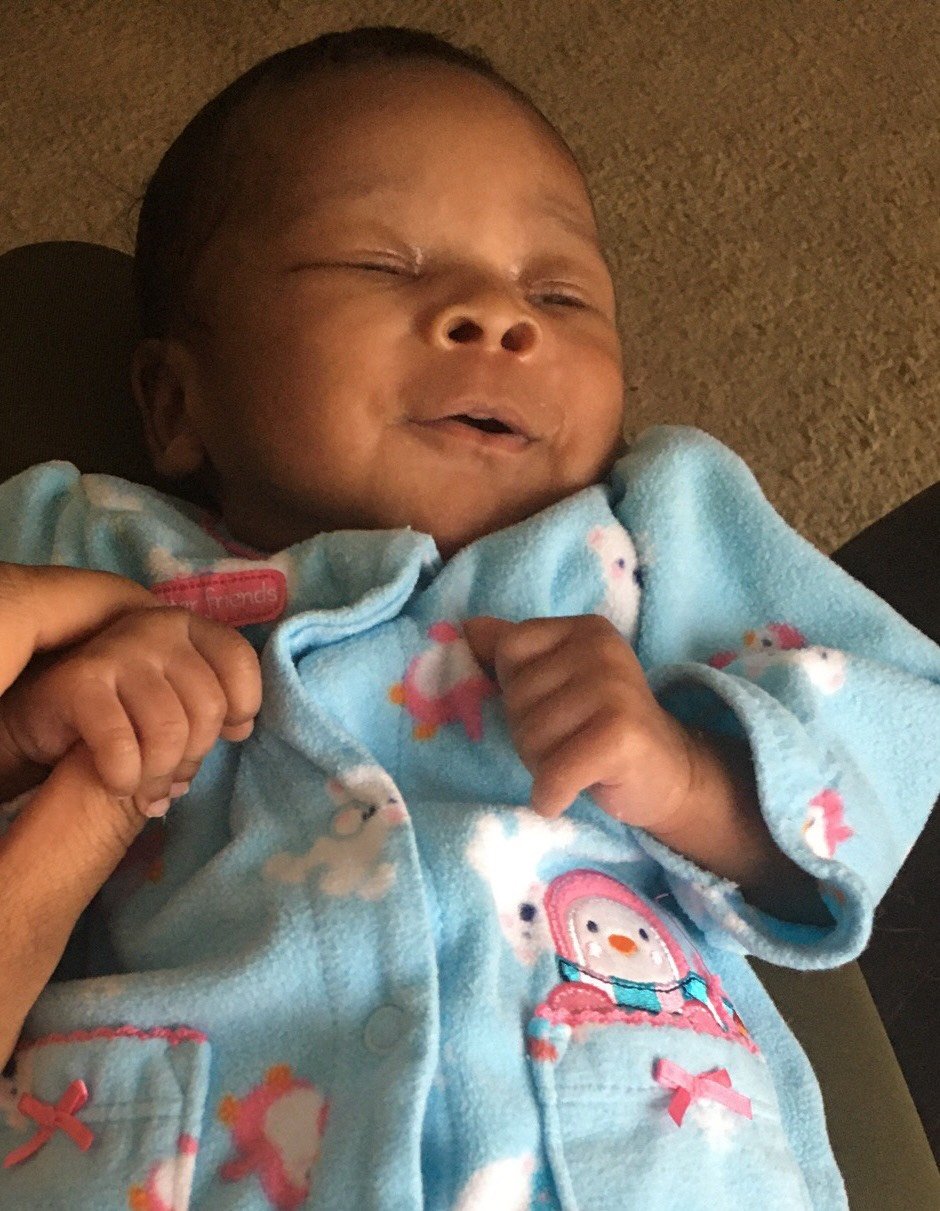 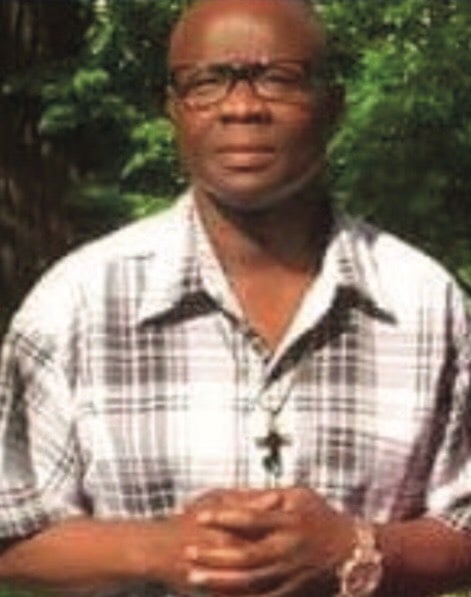 Anthony was definitely a people person and was not afraid of meeting strangers, soon leading them to interact with him, as if they knew him from a long time ago.

Anthony departed this earthly life on January 7, 2020 at the age of 56 years old.

Celebration of Life services will be held on Saturday, January 18, 2020 at 12:00pm at New Life Community Church of Truth with visitation there from 10:00am 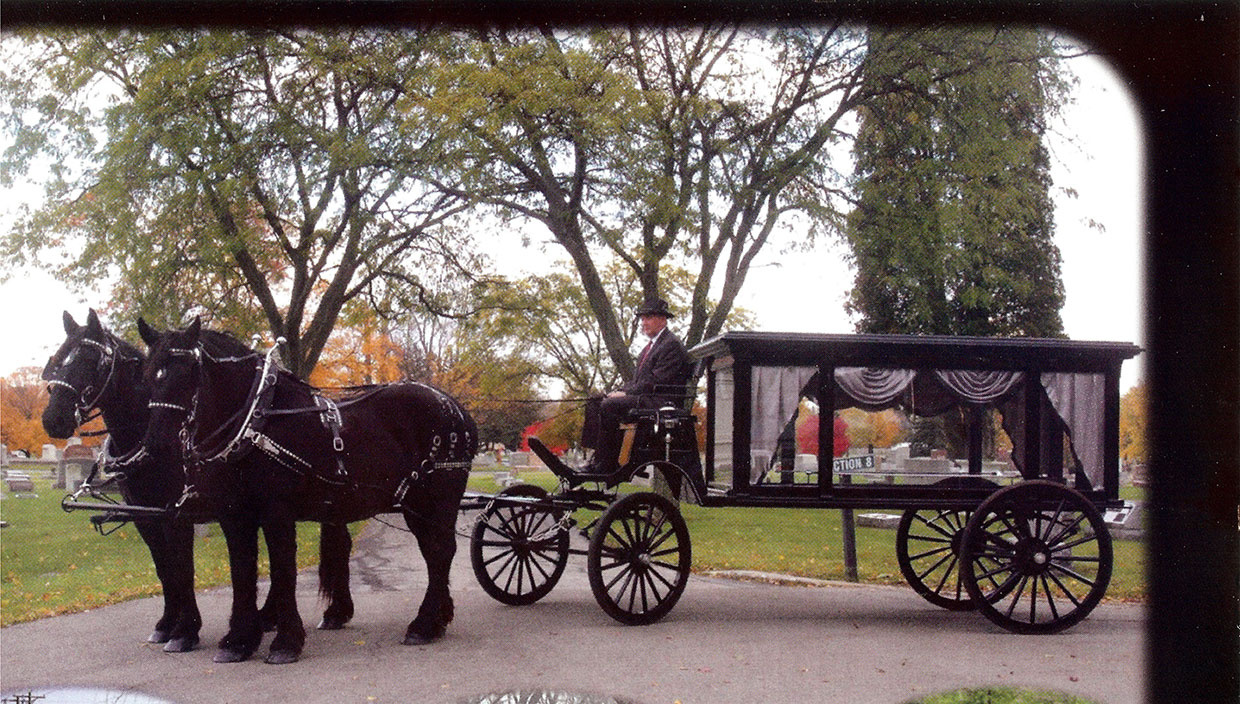 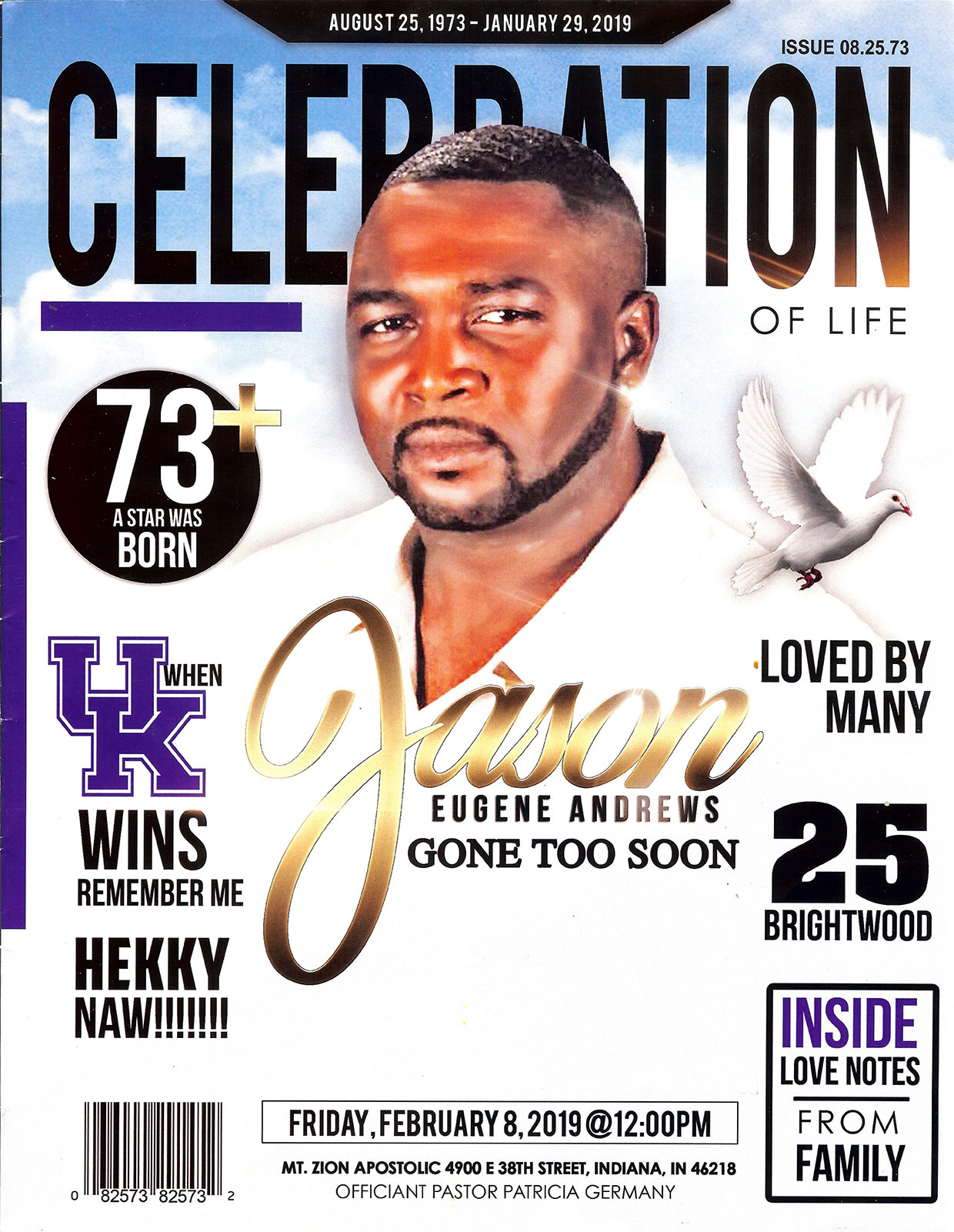 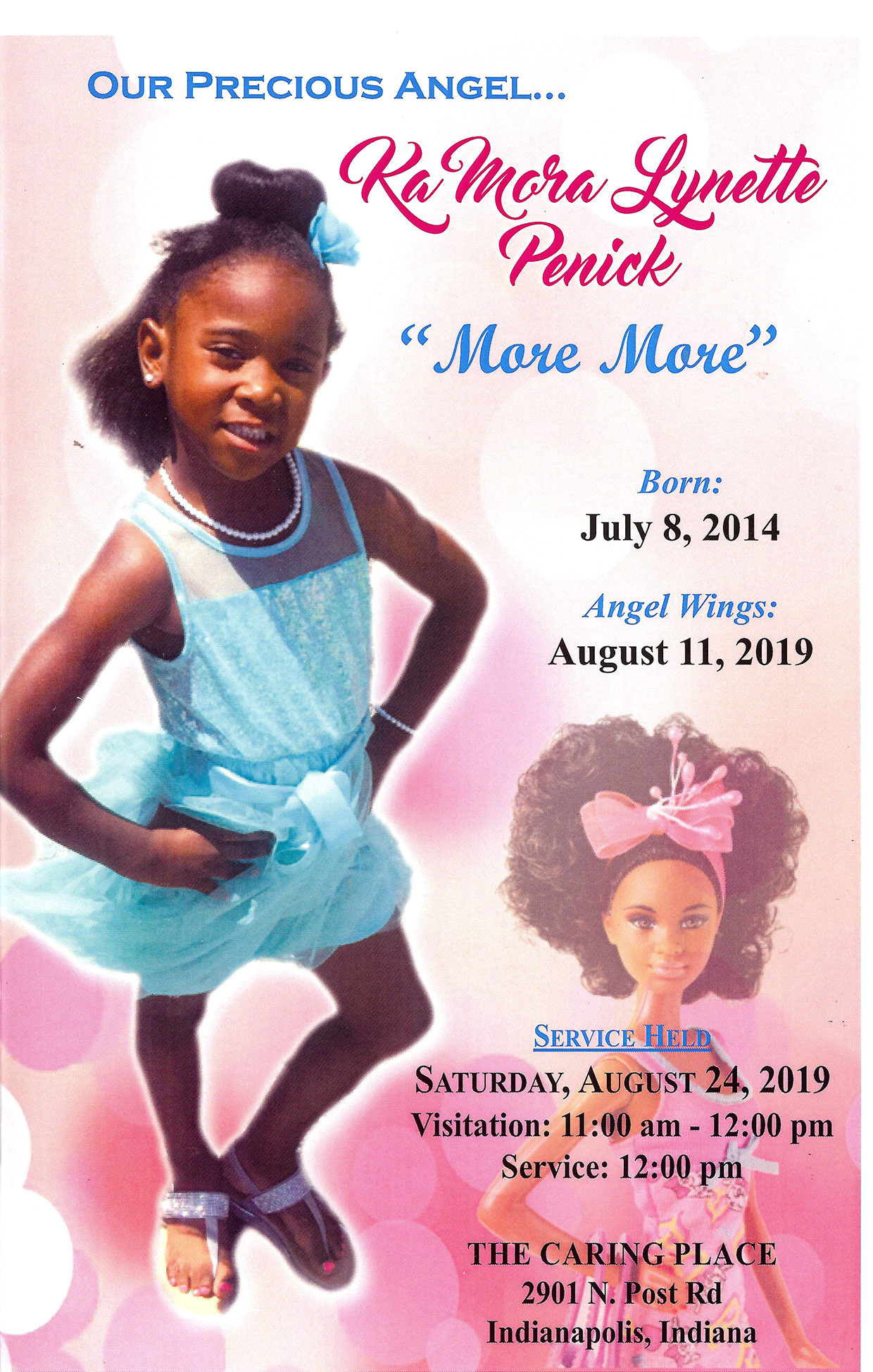 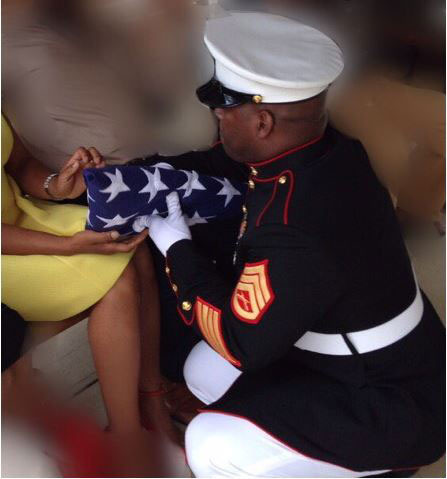 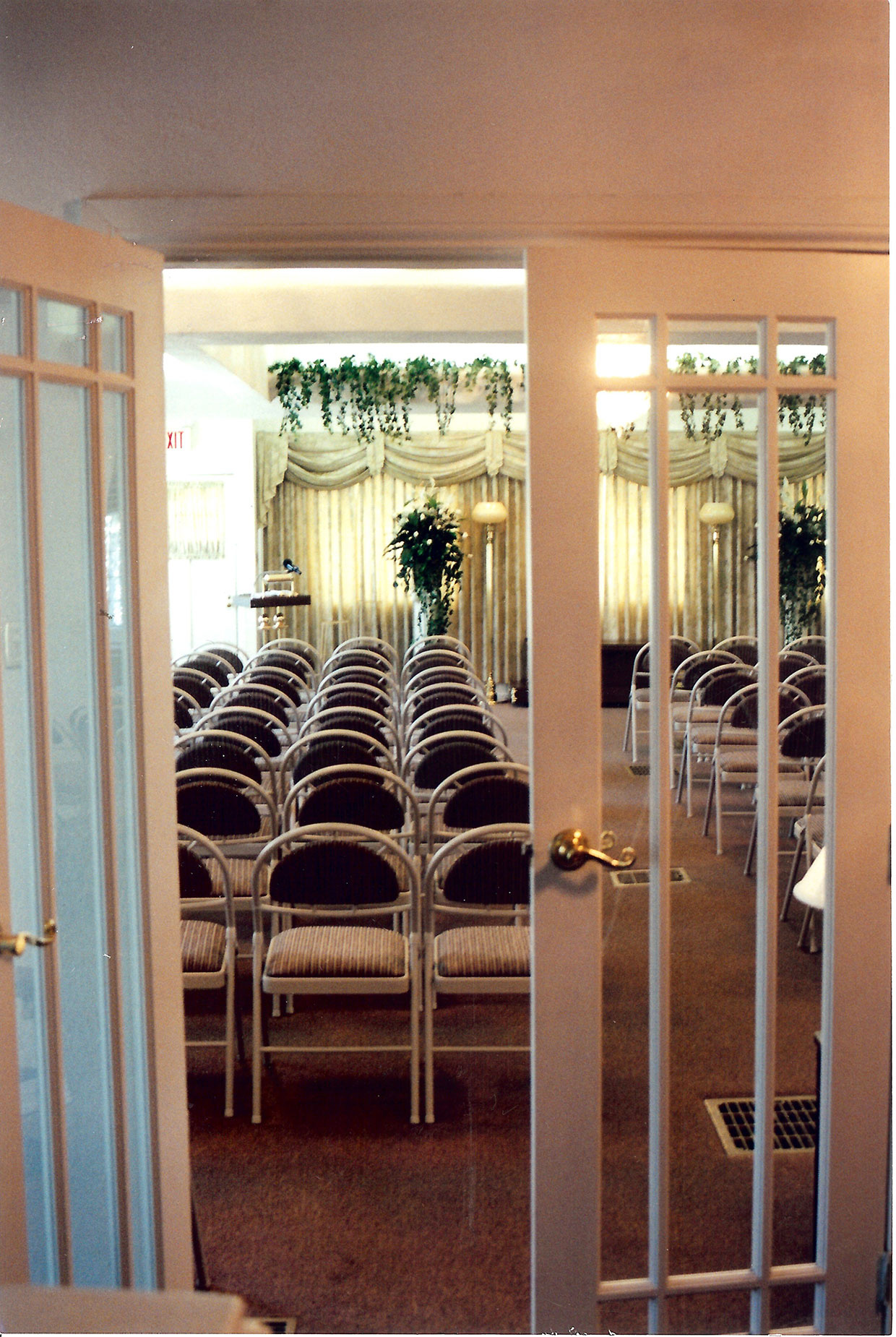 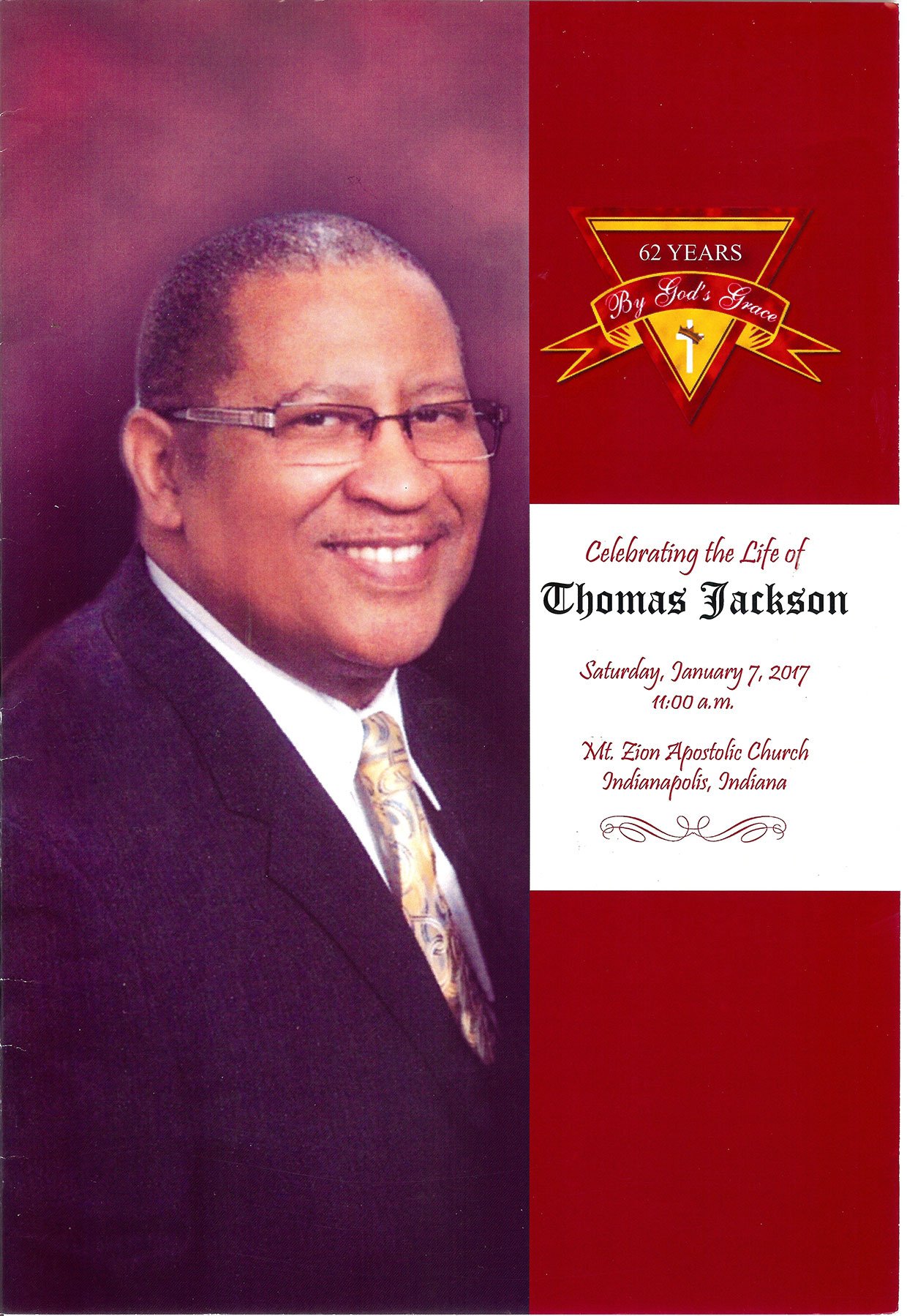 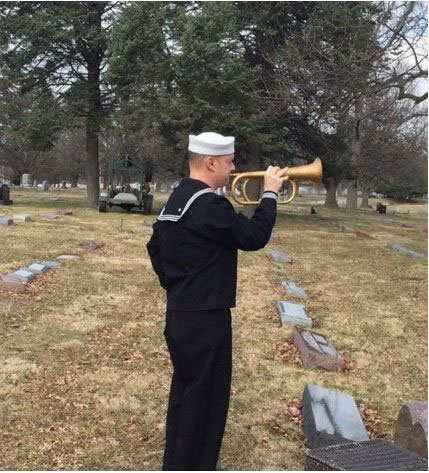 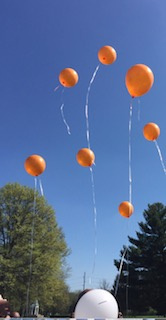 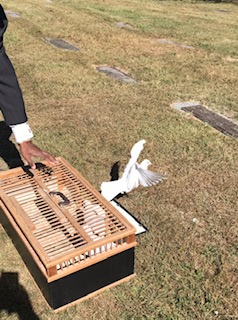 Thank you for everything you have done for our family during this time of need. We appreciate you for all your assistance in preparing the arrangements for the funeral and burial. We were very happy with the services and will gladly recommend the funeral home to other family members and friends. We could not have done this without you. Again, say thank you.

Thank you for the excellent service you provided for my family and I. Starting from the pre-arrangements for our dear mother, Maxine Holder. Every detail was of professional quality. Our mother’s appearance was so beautiful without a blemish. We thank God we chose Ellis Mortuary. We also understand why our mother loved being a part of your staff. Your compassion for people speaks for itself. May God bless you and your staff with much success.

Thank you for your kind and professional services in our time of bereavement. You guys did and outstanding job on the whole entire process. You really did an excellent job on our fathers’ appearance and casket layout. We truly were amazed and grateful for all you’ve done. Thank you for helping us get through this smoothly. You really took the burden off us and made things easy.

We are extremely grateful for the generosity and kindness shown toward our dear mother, Sarah Martin. You made a potentially bad situation turn out for the good. We are forever thankful.

The Dunson family would like to thank you and all your staff for the great service you provided for our family with the loss of our beloved Marion Dunson. You were great from beginning to end. We would highly recommend your Funeral home to all our family and friends. Thank God for good people like you.

On behalf of my family I want to extend our heartfelt thanks to you and your entire staff. I never imagined I would ever bury my husband. I had no idea which way to go and I’m thankful Pastor Andrea directed me your way. I thank you for being patient with me and helping me along the way. The little details on the program and casket overlay really touched our hearts. The entire staff was outstanding from the driver picking us up to Ms. Bell finding me some mints to your daughter escorting me out. I thank you for your professionalism even as I picked over Derrick. You had my fella looking right! We received a lot of compliments on everything. Praying God’s continued blessings on you all.

We would like to take time to thank you for the love, support and professionalism you showed us during the passing of our beloved father, Burl Rivers. Your kindness was so greatly appreciated.

Connect With Our Funeral Home

Let Ellis Mortuary help you create a meaningful ceremony to honor, celebrate, and remember the memory of those special to you. We offer exceptional funeral services at cost-effective rates. Should you have questions, our office is open Mondays through Fridays to serve you. We are also available no matter the time of the day or night for all funeral-related needs. 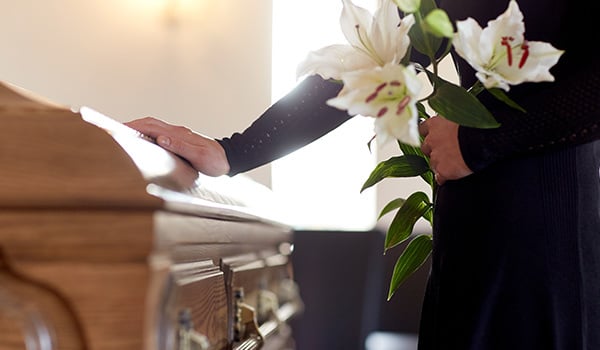 We are available 24 hours a day for funeral services.